Facebook's New Name, Metaverse and The Switch to Virtual Reality: A Review of Zuckerberg's Much-Talked-Of Speech 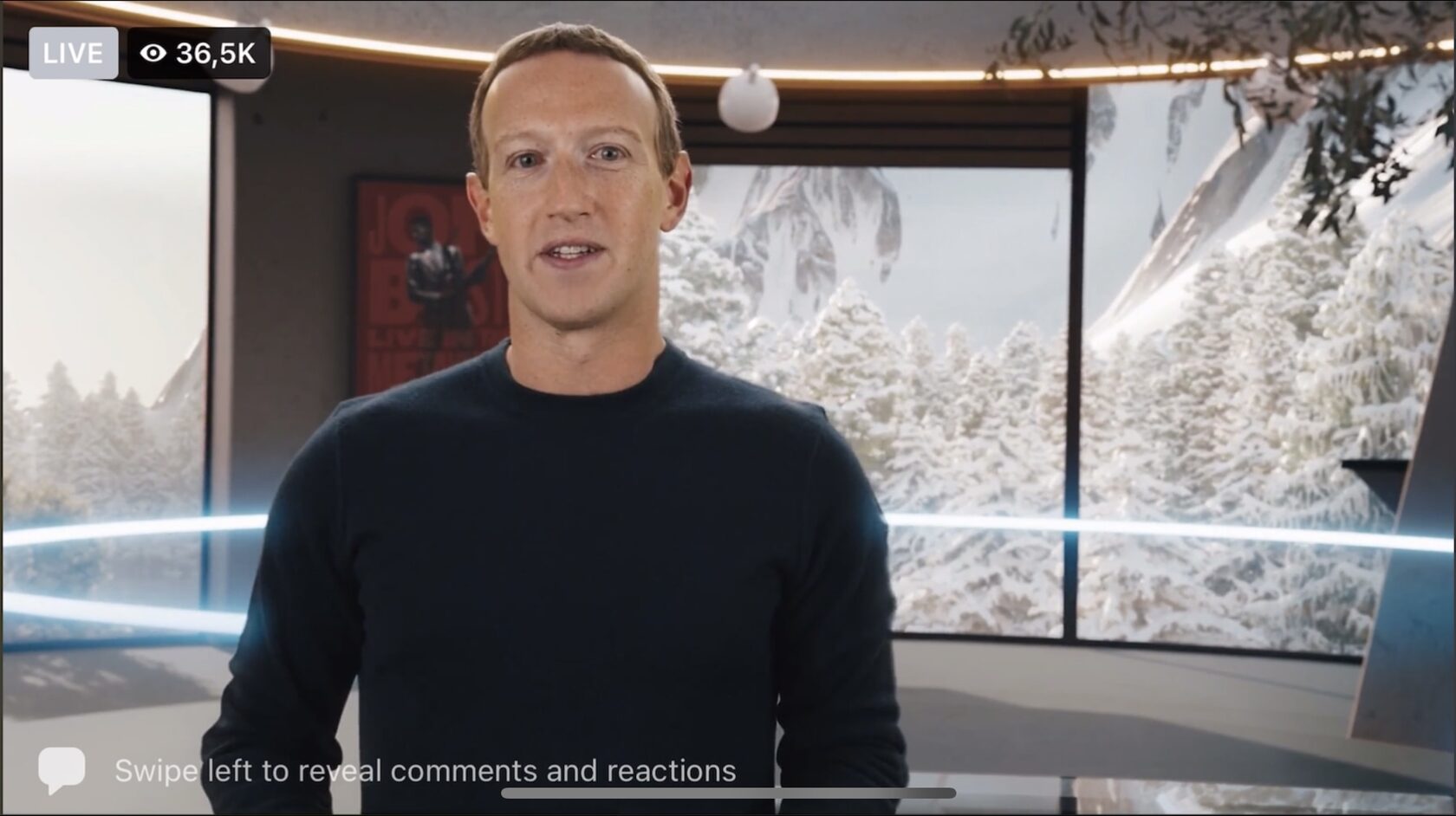 On October 28, Facebook Connect 2021 took place, where Mark Zuckerberg shared the new name of Facebook (now called "Meta"), showed what the metaverse of the future would look like and how soon the holograms of our friends and their virtual avatars would appear in the devices about the size of sunglasses.

The event, although it had been stated that it took place in real time, was a ready-made, pre-recorded video with a lot of computer graphics and the use of a variety of special effects.

A kind of blockbuster for geeks about the life of the future.


First of all, Mark began with the thought that the technology is making us closer to each other, but in the future, it will not be enough for us to stare at a small screen to imagine ourselves next to friends and family. In the future, it will be a real metaverse, where we can not only see, but also feel close to the loved ones, and even feel their touch.

Body-tracking avatars (by the way, they can already be tried on in many games in Oculus Quest 2 VR headsets and in the Workrooms Horizon app, more on it below) allow you to literally move your body into the virtual universe and interact with other people in the format of virtual images.


Mark stopped in great detail on the concept of the metaverse and showed its various aspects.

He said that we will be able to go to the concerts of our favorite artists, turn ourselves into virtual avatars, communicate with our friends in the images of various characters and buy different objects in virtual reality. Moreover, these bought items will belong entirely to us thanks to the use of the NFT* technology, which will also be built into the concept of the metaverse. With its help, you can confidently buy virtual objects without the fear that they will remain on the platform and will not belong to you.


* NFT (non-fungible token , also a unique token) – a type of crypto token, each unit of which is unique. It cannot be exchanged or replaced with another similar token, although usually tokens are interchangeable.

We will communicate and interact with the virtual avatars of our friends and acquaintances, as well as immerse ourselves in the world where you can turn on WhatsApp just by tapping on the palm of your hand. Easy and fast transition from one app to another, from video calls to virtual avatars and back, from the virtual world to the real and their interflow is what perfectly characterizes the entire metaverse.


In addition, Mark Zuckerberg has not forgotten about his loyal fans - gamers. In virtual reality in the near future there will be many new games, for example, the main news - GTA: San Andreas will appear on Oculus Quest 2 soon. Isn't that cool?

Beyond that, Quest 2 will feature Blade and Sorcery, as well as many updates to popular games like Beat Saber and Population one.


Mark Zuckerberg also showed how it will be possible to work in the metaverse, seeing his colleagues in the format of various avatars in virtual offices. The owner of the company hinted at a partnership with Zoom and a number of other services. In any case, the logo of this company repeatedly flashed in the presentation. In addition, Zuckerberg stressed that in virtual reality it will be possible to call and communicate with friends and colleagues, including the work in the popular Slack program for managing projects.


Thus, in VR headsets, you can manage your projects in Slack, create a design using Canva (a popular design program), use WhatsApp, Zoom and other popular apps for work. According to Mark, the Workrooms Horizon system will completely change the way we work.

Zuckerberg also focused on augmented reality and showed that the company is working on various prototypes. Despite the fact that they will look like ordinary sunglasses, they will be able to interact with the environment, modify it and fill it with virtual objects. Facebook and Ray Ban joint experiments in terms of the design were also mentioned.

The founder of Facebook showed how education changes using the metaverse. For example, a doctor can learn how to do a surgery using virtual reality headsets. A biologist can move into the world of animals and get acquainted with their habits "from inside" the habitat. We can study different planets and move them just with our hands, twist them and turn and study as if they were in our living room – by the way, this experience can be obtained today in the ‘Spheres’ app.


In the metaverse, online stores will look completely different. As an example, Mark Zuckerberg showed a pretty businesswoman wearing a low-necked dress with a mini skirt who showed what her online store in the metaverse would look like.


The beauty described that her store will be filled with butterflies, pastel colours, delicate fabrics and in general very beautifully decorated, and the customers will feel delightful. By the way, customers will be able to pay for goods with a special internal currency Facebook, which guarantees the security of payments and the privacy of transactions.


However, the metaverse will not be able to exist without revolutionary devices, and Mark Zuckerberg has shown several prototypes, including a new virtual reality headset, which will be released in 2022. Its design looks like something between Oculus Quest and Oculus Quest 2. The new glasses will be able to track the emotions on the face, so you can maintain visual contact with your friends, who will also have their own virtual avatars.


Frowning, smiling, winking – glasses will be able to recognize all these and many other emotions, and provide a unique detail of the image.


At the end of the speech, Mark said that of course, his company is primarily known as a software developer, which brought students together and made them believe that with the help of Facebook they feel like they are in the campus, but then Zuckerberg's company began to grow, absorb other projects and at the moment the name Facebook (a phone book with friends contacts) is already outdated. So he decided to rebrand the company and call it ‘Meta’ – which in Greek means "over" or "after". He likes this name because it shows that the company strives to be "over" something already created and go beyond the usual framework.


When an editor who assembled various small selections of Aristotle’s works, found his books on the origin of the universe, he decided to call them simply "what is after physics", or, in Greek, "metaphysics" (μεταφυσικά), since they were located after discussions about physics. When Zuckerberg realized that what he created goes beyond the social network and turns into something "after" the social network, he also decided to take the prefix "meta-" and... and keep it. But what does this "After" mean?

After entering the virtual spaces.

How will the world change? You can take the first steps towards this and try Zuckerberg's metaverse today – just try a virtual reality headset. I will help.