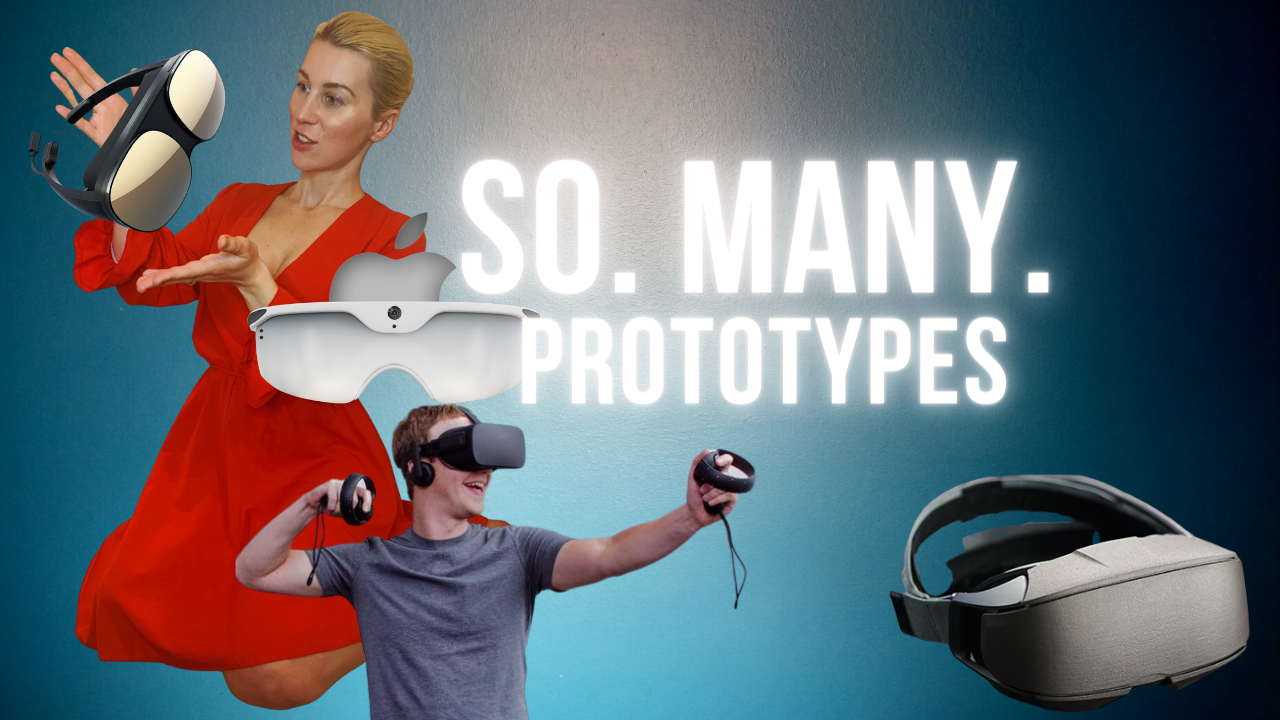 Hi everyone! Andrew Bosworth (or, according to his account, you can simply call him "Boz"), the head of VR development at Facebook, is experimenting with prototypes of VR headsets in every possible way. He was vague about the devices, but published a post on Twitter about prototypes (that's right, it’s more reliable, Facebook may start to malfunction again, so you never know):


The only thing that confuses me is the word "Kind of". What is behind this? Striving to seem mysterious? Amazing? Incomprehensible? To be honest, it reminds a flirt, which doesn't suit to Andrew.


Andrew, however, did not calm down, decided to throw a VR party and posted something like (here the word “kind of” is just in place) Oculus Quest, who got married to Playstation VR. In order to make sure that everyone properly understands the importance of the moment, he divided each word with a dot:
"So. Many. Prototypes "

Mark Zuckerberg, who is not only the founder of Facebook, but also the leader of the Oculus platform, decided to boast of another prototype of a VR headset.


The VR headset, which Zuckerberg modestly hides in the shadows, looks a lot like Oculus Quest VR headset, the company's previous model. However, he proudly claims that the resolution matches the "retina of the human eye", borrowing that phrase from Apple.

Apparently, the head of the company does not have other VR headsets with any more unusual design - to be honest, the very first VR glasses that Boz showed look much more intriguing and resemble another prototype of VR glasses - but from Apple. However, there are only rumors about them.

Aside from Zuckerberg's vague comment about retina, there are no more details about what these headsets are, what they are capable of, or any other information, so they might just be non-functional design layouts, who knows.

However, perhaps this is to be expected, given that this is not an official announcement of a new product from Facebook. Facebook teases users with tons of prototypes that probably won't make it to the market.

Still, do not forget that Facebook is originally about programming, not about devices or hardware. Rather than selling headsets, Boz and Zuckerberg appear to be selling their concept of the metaverse - a virtual world that the company says could be the next stage of the Internet.
But the metaverse, apparently, cannot be built without creating new devices, and Facebook is actively participating in this race, including flirtatiously displaying new prototypes. Probably, these posts are connected to the fact that HTC is preparing to announce its Vive Flow headset. The headset is expected to be wonderful, and Facebook is pretty unhappy about it.

Alvin Wang Graylin, regional president of HTC's China office, cheerfully asked Boz if he would like to swap the headset prototype for one off-the-shelf HTC product. Boz turned down the offer.

Facebook has entered the technology race, and it has to push this agenda in order to implement the concept of the metaverse. HTC, meanwhile, is pretty proud of its device-building skills (and there is no denying about that).

As for me personally, I bet on Apple. I think Apple, as always, will teach a thing or two other market players. And other manufacturers can troll each other as much as they want, but one small detail (like, for example, the Apple touchscreen without a stylus) will blow up the market.
In the meantime, I'll prepare the software.

DO YOU WANT TO DIVE IN THE BEST VIRTUAL REALITY? DOWNLOAD VRAYU PLAYER APP!